Under a government initiative – the National Health Informatics Project, Taiwanese researchers now may apply to analyze 50 or more health and welfare related databases, which are collected, organized and managed by Health and Welfare Data Science Center (HWDSC) of Ministry of Health and Welfare (MOHW).

Geographic location of health care claims will be broadly classified into 6 regions in Taiwan. Salary range, which serves as the basis for enrollees’ premium calculation, can serve as a proxy indicator for socioeconomic status. Unlike many health insurance claims data in North America, over-the-counter medications are reimbursed and captured in NHI. Bundled payment according to the diagnosis-related group system only apply in limited number of disease conditions, therefore detailed drug use information during hospitalization is also available. An added advantage of the NHI data source is the low membership turnover rate, which is particularly important for long-term follow-up study. 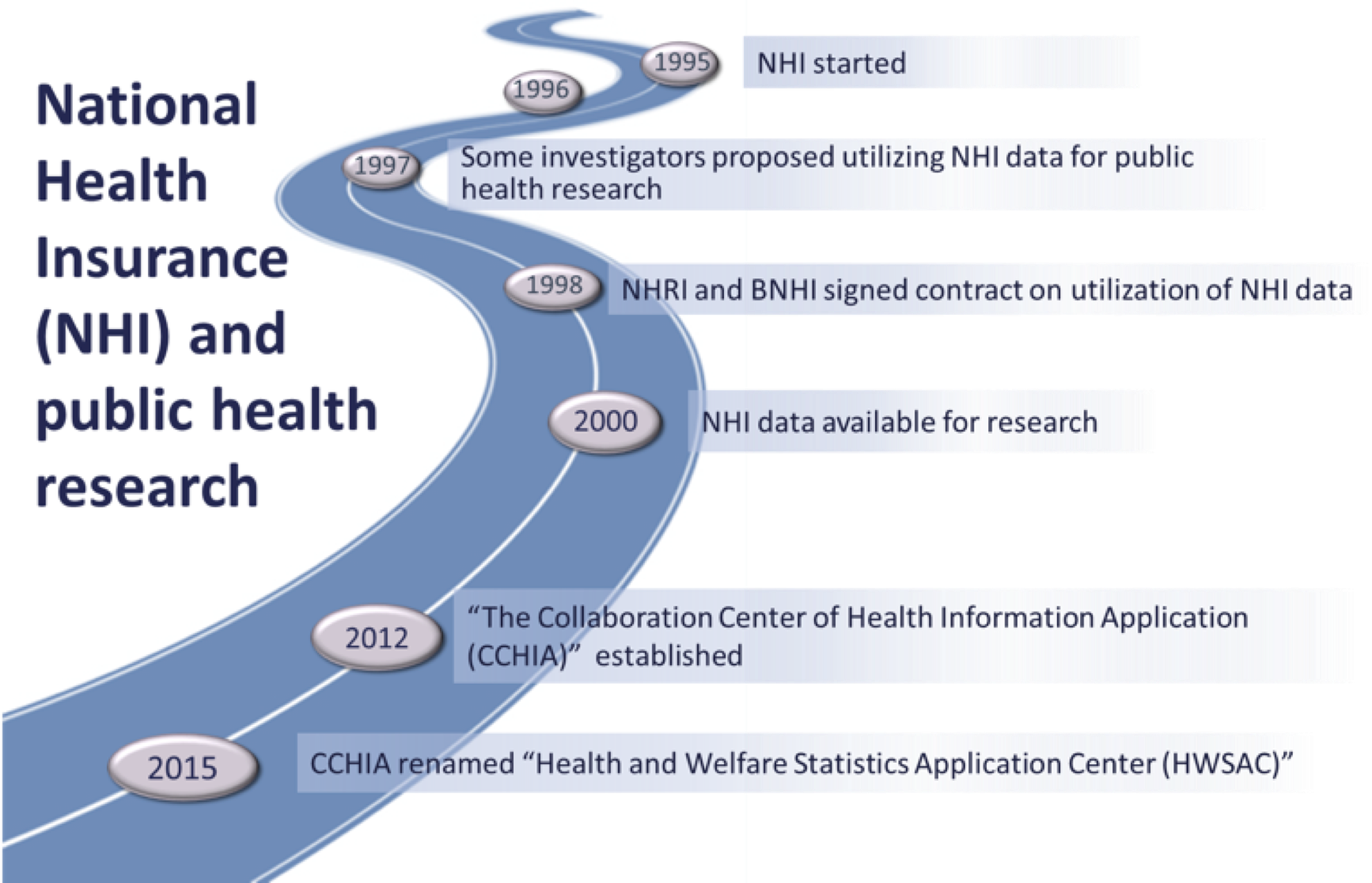 In Taiwan, the population-based cancer registry was founded in 1979. Since then, the registry collected basic information, referred to the “20 items short-form system,” on incident cancer cases (including cancer-in-situ) within 1 year after the initial diagnosis from hospitals with more than 50-bed capacity throughout the country. Recorded items include date of birth, gender, time and method of diagnosis, cancer site and morphology, treatment summary and death. From 2002 onward, a “long-form” system was established to collect more detailed information of cancer staging, treatment and follow-up data from hospitals with more than 500 new cancer cases diagnosed annually. The number of recorded items increased from 20 to 65 in 2002, further to 95 in 2007, and to 114 in 2011. The long-form initially applied to six major cancers in Taiwan (oral cavity and pharynx, colon and rectum, liver, lung, breast and cervix uteri) and was extended to 10 leading cancers in both genders in 2009. Currently the Long Form is applied to 15 cancer types, as described in previous sections.

The household registration system in Taiwan maintains birth, marital status, and death information and is administered by the Department of Household Registration, Ministry of the Interior. Death certificates are collected through this system and transferred to MOHW for coding of cause of death (in ICD-10 system) and maintenance of the mortality database.